I know this year has had its ups and downs as a Minnesota sports fan. The Minneapolis Miracle was something I know we’ll never forget, but that Twins season was worse than underwear and coal for Christmas. The Timberwolves made the playoffs, but the Jimmy Butler debacle put a sour taste in everyone’s mouth. The Wild were as reliable as your grandma giving you a card with 10 dollars in it, losing in the first round of the NHL postseason. So for this Christmas, here are a few things that would brighten up our faces as Minnesota sports fans…

There’s no denying that this Vikings roster is full of talent, but it seems like they can’t put it all together on a consistent basis. With a wildcard spot left as the only way the Vikes can make the postseason, they will have to win on the road (probably three times) if they want to have a shot at taking home the Lombardi trophy. The last time the Vikings won a road playoff game was 2005 when they took down the Green Bay Packers during Wild Card Weekend. It seems that Minnesota is starting to put it together on both sides of the ball, making them a scary opponent if they can make the playoffs. The defense is has given up an average of 13 points in their last two games and the offense is averaging 35 points in their last two contests. With potentially one of the best offenses and defenses in football, there is a real chance that the purple and gold could make things interesting, but stop #1 in their road to Atlanta is a road playoff win.

Vikings are led by one of the top receiving duos in all of football in Adam Thielen and Stefon Diggs. Photo Credit to Scott W. Grau

Now in his 5th year in the NBA, Wiggins has gone from the #1 overall pick loaded with star talent to what many would consider to be a lackadaisical and inefficient scorer. One of the main reasons Wiggins went #1 overall in the 2014 NBA Draft was because of his high ceiling. The former Jayhawk was able to jump out of the gym and flashed explosiveness along with his quality jumper. Coming into the draft many compared Wiggins to players such as Tracy McGrady and Carmelo Anthony with his ability to score and get to the basket. We have yet to see that ability night in and night out, but the man some call “Maple Jordan” has shown flashes. If Wiggins is able to sustain quality and engaged play at both ends of the court, the paring of himself and KAT could quickly become one of the best 1-2 punches in all of the NBA. I know many are upset with Wiggins being paid a max contract, but with him only being 23 years old, I’m willing to give him a little more time. It could be well worth the wait if he can finally put things all together.

Wiggy drives to the lane in a matchup against the Brooklyn Nets. Photo Credit to Al Bello/Getty Images

At one point in time, Miguel Sano and Byron Buxton were the two of the top five prospects in baseball. Buxton was touted as a five-tool player that could become similar to Mike Trout and Miguel Sano was thought to become one of the MLB’s top power hitters. Well, my how the times have changed. Neither Buxton or Sano have put it together, though we have seen flashes of their sky-high potential. At the end of the 2017 season, Buxton was putting it together as he hit .300 with 11 home runs, 35 RBI, as well as swiping 13 bags. The talented center fielder came into 2018 with high expectations from almost everybody, but couldn’t find his stroke and was limited by injury. Sano has built himself up as a power hitter, but also as one of the most strikeout-prone players in all of baseball. In 2017, Sano hit 28 home runs and knocked in 77 RBI’s, but those numbers fell way off in 2018 as he was hit with injuries and even sent down to Single-A Fort Myers. It is no coincidence that the Twins made the postseason when Sano and Buxton had breakout years’ in 2017. If the Twins plan to get back to the postseason, Sano and Buxton will have to be a key part of their success.

Buxton and Sano will be needed to produce if the Twins want to have any chance at postseason play. Photo Credit to Max Sports

To say it has been an up and down year for the Wild would be putting it lightly. Earlier this year, they were considered one of the top teams in all of the NHL, but they have quickly fallen off and now sit near the bottom half of the Western Conference at 17-15-3. The last three seasons, the Wild have fallen in the first round of the Stanley Cup playoffs. Each of the three opening round losses has been quite the disappointment as they have only mustered together four wins in the three series (4-12). We have seen in years past how the state of Minnesota responds to a winning playoff hockey team. It seems like everyone is a bit happier and a bit jollier, sounds like another time of the year, doesn’t it? I’m not saying that a playoff hockey series win would be like Christmas for the State of Hockey, but it would be darn close. 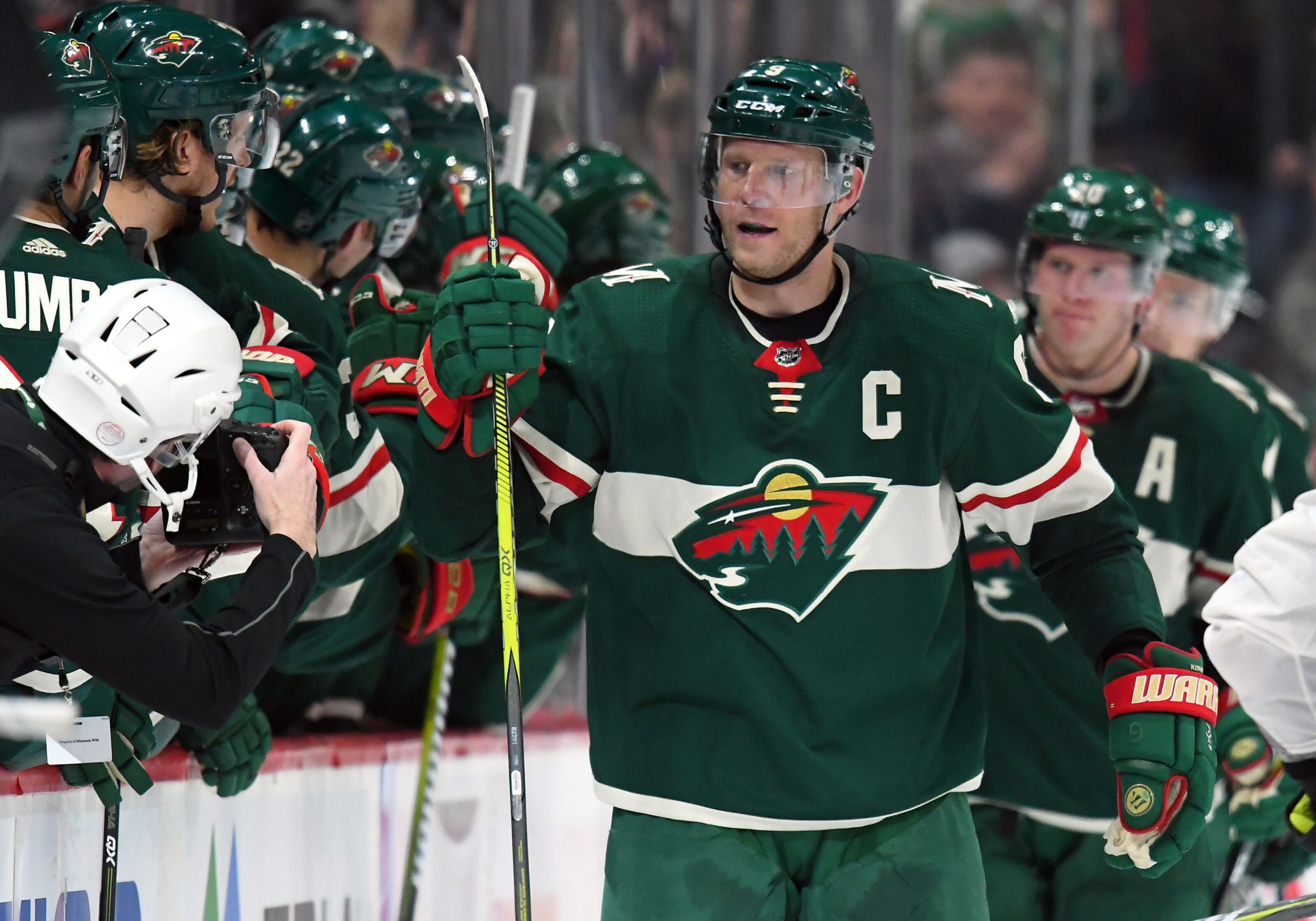 With already up and down season, fans are hoping the team can find a happy medium, or just get back to their winning ways of earlier this season. Photo Credit to Icon Sportswire

I don’t think there is a more untouchable figure in Minnesota sports than Lindsay Whalen. She was born in Hutchinson Minnesota, attended the U of M and led them to the Final Four, and came back to her home state to lead the Lynx to a number of WNBA Championships. That is about as good as it gets. Now, she hopes to bring more championships to Minnesota, but now she’ll try to do so from the sideline. We have already seen how the state and Gopher fans adore Whalen, as she sold out her first game with over 14,000 in attendance. To give you some perspective, over the last six seasons, the average attendance has never surpassed 4,000. To say Gopher fans are excited is an understatement. If this team were to make a deep run into the NCAA tournament, I can’t imagine the excited fans and future talent that would flock to Williams Arena to see what Whalen and her squad can do.

The last time the Gophers men’s basketball team was in the NCAA Tournament, they were knocked out by Middle Tennessee State. With many of the same players on the team that was upset by the Blue Raiders, it’s time for them to get that sour taste out of their mouth. Last season, Pitino and his crew were expected to contend and make a run deep into the tournament, but as we all know, that didn’t quite happen. Now it’s time for Murphy to become a household name and etch his career as one of the best ever in Gopher basketball. All that is missing from his amazing career is an NCAA Tournament win. The last time the Gophers won during March Madness was six seasons ago during the 2012-13 season, when the beat the Shabazz Muhammad led UCLA Bruins in the 1st round. They would later slip up against the Florida Gators. A win in the tournament would get the monkey off of Pitino’s back and give confidence to a roster that returns a majority of its talent next season.

If Isaiah Washington’s efficient play continues, he could be one of the major reasons this Gopher team makes noise come March Madness. Photo Credit to Brad Rempel

After missing a bowl game last year, PJ Fleck is set to kickoff his first bowl game as coach of the maroon and gold. A bowl win would be the program’s third straight bowl victory, which the Gophers haven’t done since 2002-2004. A win over Georgia Teach would give Fleck even more momentum after the Gophers garnered some mojo by reclaiming Paul Bunyan’s Axe in a victory over Wisconsin and signing one of the best recruiting classes the school has ever seen. Without seniors and All-Big Ten award winners Blake Cashman and Donnell Greene, this would be an impressive win for the young staff and players.

PJ Fleck goes for the huge with Tyler Johnson during a thrilling victory. Photo Credit to Brace Hemmelgarn

So Santa, that is all I really want. I think if you can make a few of those feats happen this year, I know that I’ll be on my best behavior in 2019. If you want to toss in a championship or two this year, I’ll add an extra cookie or two and even offer you a glass of whatever kind of milk you want. Hell, if you want sugar and chocolate chip cookies, I’ll make it happen!