Happy Holidays Minnesota sports fans! Here is your weekly Minnesota Minute! From all of us here at BFTB, we wish you nothing but the best this holiday season!

Results and News: The Vikings picked up a 27-9 win against the Lions at Ford Field on Sunday afternoon, improving to 8-6-1. The purple and gold didn’t get a first down until near the end of the second quarter, but scored 27 straight points to close the game from that drive onward. The Vikings will make the playoffs with a win against the Bears or an Eagles loss to the Redskins. The Vikings game will be at 3:25, while the Eagles game kicks off at noon.

Stat of the Week: The Vikings chances of winning against the Lions jumped nearly 20% with Kirk Cousins’ hail mary touchdown to Kyle Rudolph. Minnesota had a 54.5% chance to win before the play, and that number jumped up to 73.5% after the miraculous TD snag. The Vikings now have a 75% chance to make the playoffs according to ESPN’s 538.

Results and News: The Wolves went 2-2 on the week, beating Sacramento (132-105), falling to the Pistons (129-123, OT), getting blown out by the Spurs (124-98), and squeaking out a big victory against the Thunder (114-112). The Wolves had nine players score double digits against the Kings, while Andrew Wiggins dropped a 30 spot (along with six boards and five assists) to lead Minnesota to a win over Oklahoma City. The win over Russell Westbrook, Paul George, and company was the T-Wolves first road win against a Western Conference foe. The Wolves have a plethora of games this week as they play the Bulls (Wednesday), Hawks (Friday), Heat (Sunday, and Pelicans (Monday).

Stat of the Week: Fan favorite Tyus Jones has been one of the best distributors in the league, ranking second in the NBA with a 5.61 assist to turnover ratio. The Minnesota native got the start on Sunday with Jeff Teague and Derrick Rose out and canned his first three in nine games. As good as Jones has been in his point guard duties, he has one of the worst effective field goal percentages in the NBA at 39.9% (416th of 468).

Andrew Wiggins drives to the bucket as Paul George looks to strip the ball. Photo Credit to Kyle Phillips/AP

Results and News: The Wild dropped three games in the past week, extending their losing streak to four. Minnesota lost to San Jose (4-0), Pittsburg (2-1), and Dallas (2-1, OT). The last two games were especially tough for the Wild faithful, as the state of hockey’s own team had numerous big-time scoring opportunities that they couldn’t cash in on. The loss to the Stars stung as they netted a goal with 10 seconds left in OT. The Wild will have a break before they play the Blackhawks on Thursday in Chicago at 7:30 before traveling to Winnipeg to take on the Jets Sunday at 3:00.

Stat of the Week: The well has run dry for the Wild in the goals department, as they haven’t scored more than one goal in their last four games. Their longest stretch less than two goals in a contest was just two games earlier this season.

Results and News: The Twins continued stood pat as other MLB teams continued to snap up free agents and swing deals. Possible pitching targets Joakim Soria, Andrew Miller, and Trevor Cahill are now all off the market, through the Twins do have a variety of options already in the organization when selecting starting pitchers next season. Nelson Cruz still remains the most likely big-time free agent to sign with the Twins, though the relief pitcher market still features Kelvin Herrera, Adam Ottavino, and Zach Britton among others.

Stat of the Week: The Twins are in position right now to go into the season with an 86.1 million dollar payroll, which would have ranked 27th in the MLB last season. Though it’s probable that the club will still sign a major league free agent or two before spring training, it seems unlikely that Falvey and Levine will invest in Bryce Harper or Manny Machado. Expect the Twin to run with a lower payroll this year, leaving salary space for a possible midseason trade if the team is exceeding expectations. Nelson Cruz has remained one of the MLB’s most feared homerun hitters. Photo Credit to Joe Nicholson/USA Today Sports

Results and News: Last Friday, the Golden Gopher men’s basketball team hosted North Carolina A&T at Williams Arena. In their lone game of the week, they left with an 86-67 win to get them to double-digit victories and now sit at 10-2. Jordan Murphy led the way once again with 30 points, 16 rebounds, and four assists in 35 minutes of work. Freshman Daniel Oturu also continued his strong play with 20 points and 11 rebounds. This win was Pitino’s 100th win with the Gophers making him the youngest active coach to reach 100 at one program. 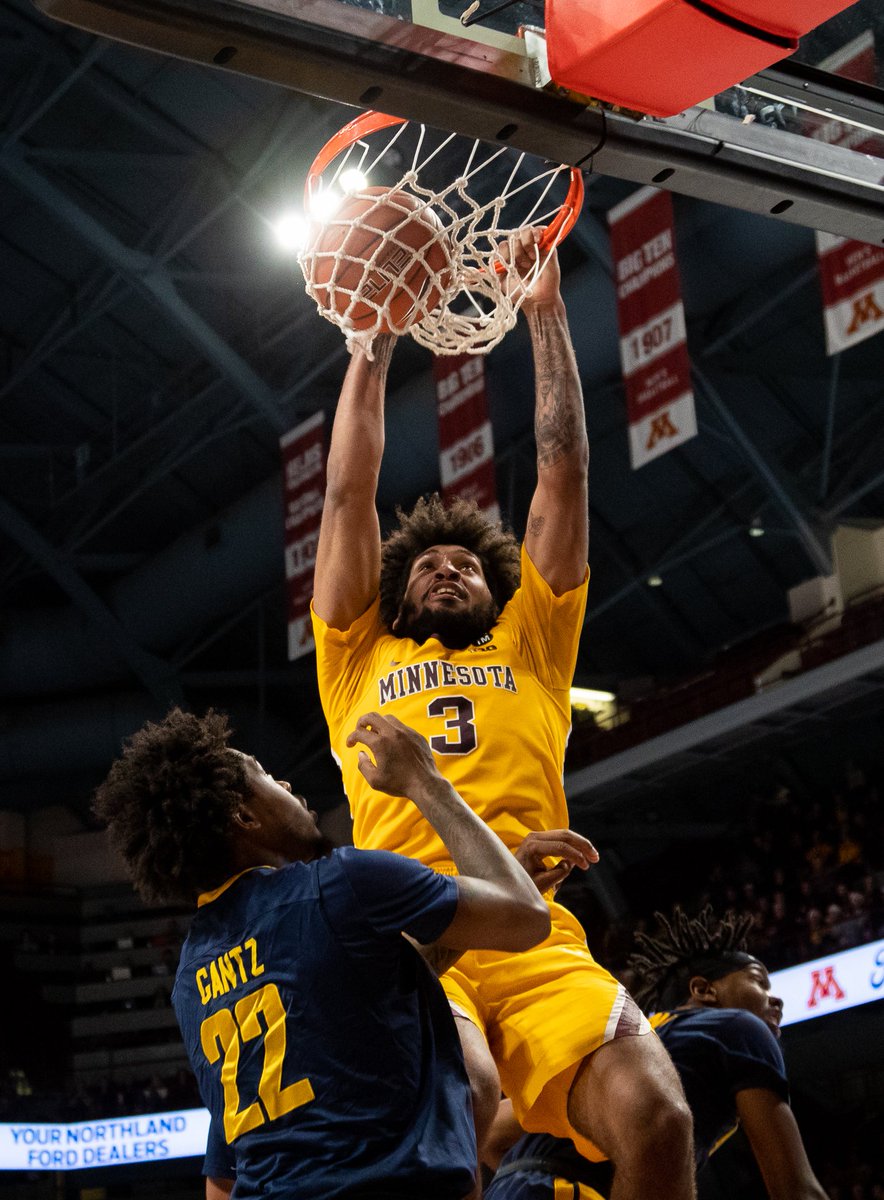 Results and News: The #13 Golden Gophers continued their hot streak by rounding out their nonconference play with a 91-71 victory over Rhode Island. Leading the way was Kenisha Bell as she was on triple-double watch with 28 points, nine assists, and seven rebounds. Also having a standout performance was Taiye Bello, who rattled off 16 points and 15 rebounds in 35 minutes of action. They tip off their Big Ten season on Friday the 28th against Wisconsin.

Stat of the Week: Now entering Big Ten play with a record of 11-0, Whalen and her crew are one of two teams in the Big Ten to remain undefeated (Maryland being the other). Like the men’s program, the women have made getting to the free throw line a big part of their winning ways. No team in the entire country has made more free throws. Their 202 made free throws is one more than Notre Dame and three more than Kentucky and Arkansas.

Results and News: Head coach PJ Fleck signed twenty-four future Golden Gophers on Wednesday on Early National Signing Day. The class has shaped up to be fairly solid and ranks as a top 40 class among all recruiting services. The team continues to prepare for the Quick Lane Bowl against Georgia Tech as that kicks off on Wednesday the 26th. Blake Cashman and Donnell Greene will not play as they prepare for the NFL Combine.